So last I left you I was racking my brain through the complications of the Dutch Defense. I want to show you an interesting tabia, chess shorthand for a commonly-reached position. This position is critical to black’s game. Black has not yet paid any attention to his queen side because weakening f7 necessitated taking extra care of his king first. Here is the tricky part: none of your moves are forced. You can literally play anything here since you’re not parrying direct threats. However, one mistake means your position is much weaker. Two mistakes and you’re facing major positional disadvantages that threaten the material balance.

This tabia and others like it are helpful to focus your study. Rather than learn move orders, which I wasted a lot of time on, you should learn positions. In other words it doesn’t truly matter at the amateur level if white chooses to play g3, Bg2 first or takes hold of c4 and d4 beforehand. I would strongly advise you to memorize the critical positions that occur in your opening. If the opponent makes a move that does not put him within reach of the tabia, and you have done nothing wrong, then he has made an error. Whether or not it confers a tangible benefit will depend upon your ability to exploit the mistake. It’s not always a simple matter. Not all errant moves drop a piece or scream out tactics.

So what would you do here generique voltarene? First we’ll look at the position in terms of imbalances. White has a pleasant space advantage on the queen side, a lead in development, a superior queen’s knight, and is looking at a black e-pawn that can be potential backward. Since e5 has to happen to mitigate d5, and c6 takes the square from the knight we will soon have a weak square on d5 and e6. We’ll need to use pieces rather than pawns to defend those holes.

Which candidates moves did you choose? It’s funny that in Fritz’s top two variations black has to violate general chess principles. In other words this opening is full of exceptions rather than rules. Na6 violates ‘the knight on the rim is dim’ and you would need to recognize that the position of white’s light square bishop allows this move. Another variation begins with Nc6 where black is willing to accepted the weak square. Then after Be3 black prepares the aggressive Ng4 or C5. These move the same piece twice in the opening and make a fourth pawn move at the expense of piece development.

We haven’t even begun to solve the problem of the queen’s bishop yet! The reason I picked this position is to show you that it’s logical to start with a balanced position where you can quickly learn what works and what doesn’t. The Dutch clearly is an exercise in frustration for an inexperienced player and I frankly admit I still don’t know how to handle its muddy waters! Oh, and in the Stonewall Dutch I once saw a great player move a bishop four times in a row to get to the edge of the board. Good luck finding that plan. 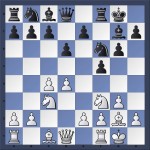