What spectacular little chessmen! On their very first move they often have an outsized impact on the game. Does white dare exchange his d4 pawn for black’s and release his central control?   Not likely, lest he let black’s king bishop develop with tempo. The C pawn is a confusing character. It’s way too good to dismiss in importance but hard to take off the board without concessions. In the Sicilian white waits for his d pawn to be taken so at least he can get some good piece play for ceding a central majority. In the Benoni white simply says ‘no thanks’ and walks his D pawn right on past. This defines the middlegame of that defense right away as well. Black will be forced to break on b5 or f5 or risk suffocation.

You’ve heard me talk before about the power of the pawn majority in unbalanced pawn structures; the side with the extra pawn in one sector can often create a passed pawn in the endgame. Well, in the Ruy Lopez Exchange that’s white’s entire gameplan! Blunt the mighty c pawn by exchanging bishop for knight on c6 and quickly, before black mobilizes his c pawn, engineer a trade of the d pawn for black’s e pawn. Suddenly the plans are in motion cheapest cialis online uk. White’s kingside majority is capable of barging through on its own while black’s cannot. It sounds like a lot but really white’s strategy couldn’t happen without making the c pawns irrelevant first. By doing that has to give black active pieces and attacking chances. There’s a lot of attention paid to a piece that can’t even move backwards!

Black isn’t the only one that strike fast and hard with his own c pawn. Often a great idea in openings like the Guico Piano is using c3 as a way to bolster d4. Generally it’s good for white when the c pawn captures towards the center, forming a duo with the pawn on e4. White is actually willing to develop his knight to a completely different location in order to bring this about. 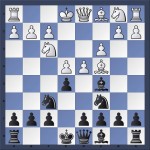 How about that amazing dark square bishop in the King’s Indian? Black pends the whole game improving through the clearing of its diagonal? Well, a white pawn on c3 backs up the all important d4 and keeps that powerful piece at bay for a time. In fact the exchange of the respective c pawns for one another in their second incarnation as d pawns is usually the prelude for all out war on the c file. I hope you have your rooks ready! 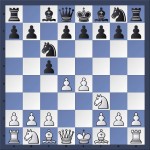 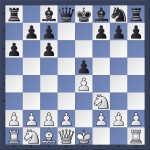