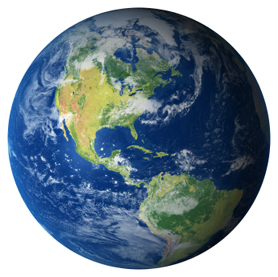 The origin of a chess set is an important factor when choosing which one to buy. Ultimately the set is as good as the people that made it and the materials they used. Indeed why should it’s location have an effect on it’s quality? Most of us know that when it comes to consumer goods a little bit of discrimination is required if we are going to buy the best we can find.

Most chess sets available in Britain are imported, very few sets are actually made here and those that are tend to be very expensive. Firstly lets look at India, thought to be the home of chess India has a deep history of making chess sets. A country rich in natural resources and high quality timbers that are ideal for making chess sets. The chess manufacturing in India is established and developed, many factories exist making chess sets and experienced carvers create some beautiful chess pieces from inside their own homes.

Next on our list is Poland, well not just Poland but other places in Eastern Europe as well, now part of the EU. The Polish have a history of craft manufacturer and are well known for making some unique and very ornate chess sets. They use decorative wood burning and staining to enhance the look of their sets. In past decades the Eastern European sets were often seen as a cheap alternative to British or Western European made products. The goal posts in quality moved when a new force in mass production came along in the form of Chinese production.

The Chinese manufactures were good at copying the designs from India and Europe. With rock bottom labour rates and raw materials the Chinese manufacturers offered excellent prices. They aimed their products at the customers who had previously imported from the eastern sides of Europe. Evidence can be seen of this in the form of Chinese versions of classic Polish chess sets. With fast production times and low prices the Chinese began churning out chess products at a rate of knots.

While things may have appeared grim for the Polish suppliers, their designs being mass produced for a fraction of the cost there was one factor the economists had not foreseen. Quality was slipping in the Chinese quarters often with some diabolical results. All of a sudden the market was awash with 1000s of cheap chess sets. The growing internet shopping culture made them easy to sell, the less honest sellers often posting up photos of the original Polish set while shipping the Chinese version.

Large department stores stocked 1000s of sets bought for a couple of pounds and sold for a couple more. It seemed the chess market was in trouble, with intense pressure on price and what seemed like a never ending source from China. Speculation was abound about the effects that rising quality standards in China might have on the Polish and Indian sets.

It seems the birth of the mass produced copy did not spell the death for the older industries. Quite the reverse in fact. While the cheap Chinese copies flooded ebay and the bargain basements the discerning among us sought out the genuine article, the very products that had been copied to death by the Chinese. What had previously been considered the budget sets from the poorer side of Europe were now considered the genuine article.

The ‘Made in China’ badge became something of a stigma and best avoided if at all possible, while a set made in the new Europe gained a new set of credentials. It seems there will always remain a home for the cheap Chinese produced chess set. Yet the demise of the quality crafts from other parts of the world was not to be.